Will Australia face a downturn after 28 consecutive years of growth?

There is no doubt that Australia has enjoyed an economic golden era since the last recession in the early 1990s, but our good fortune may be coming to an end.

Figures released by the ABS show the economy grew by 0.5% in the June quarter in seasonally adjusted terms, and 0.4% in trend terms. Many had said that Australia is doing fairly well compared to other countries regarding its economic and job growth.

But is it really?

In the last decade, Australia has been relying on the fortune created by the mining investment boom. The boom, in conjunction with several high tides of natural resource prices, has increased our exporting ability of iron ore, coal, and natural gas.

“Now, with the investment boom over, the economy is struggling to adjust, despite the surge in export volumes”

Australia and China’s transition to a Service-Based Economy

With increasing demand volatility in international markets for Chinese goods, alongside weaker activity data, there have been numerous concerns about China’s economic growth. This will undoubtedly have profound flow-on implications on the Australian economy, as China makes up 21.3% of our trade.

To further increasing concerns is China’s transition away from being an industrial economy to more service-based activity. Services now make up a larger share of China’s GDP than manufacturing, with the liklihood of this trend continuing. This poses a major concern for Australian exports, as China is one of our largest commodities buyers.

Australia’s unemployment rate shows small increases over the last several periods and currently sits at 5.3% (ABS 2019). This suggests that the economy is showing resilience towards the anticipated recession. However, the real concern for economists is the fall in hours worked and productivity.

Job growth in recent times has been more in part-time work than full-time, and that there has also been a slight shift of full-time employees moving into part-time work.

That in itself may not be an awful thing. While it is better for people to have reduced hours than to lose their job entirely, the worry comes with the historical correlation between the growth in hours worked and employment. If the slowdown in hours worked continues, job growth and employment are likely to follow.

The Australian Institute of Company Directors points out that over the next few years, household debt increases will become a concern. This is particularly heightened with the looming threat of rising interest rates and falling property prices.

Sales of household goods fell 0.9 per cent, while clothing footwear and accessories sales were down 1.2 per cent on a month ago. However, whilst the retail sector continues to be weighed down by a struggling domestic economy, a record quarter by exporters helped to drive Australia’s current account deficit to its lowest level since 1996.

Nevertheless, the trade surplus was smaller than the $16 billion net income liability, leaving the current account with a quarterly deficit of $2.9 billion.

What does this mean for Australia?

On the fiscal front, the Morrison government has committed to a series of budget surpluses beginning next year, and to consequent deductions. However, despite this, it cannot be denied that the Australian economy is slowing down. The question in the end for Australia is not whether it will face a recession, but rather when. 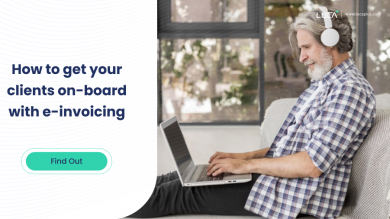 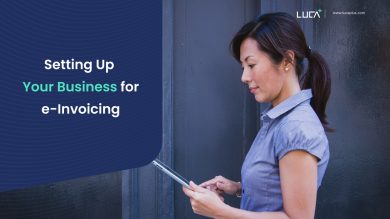 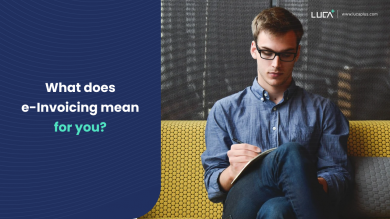 What is e-invoicing and what does it mean for you?

LUCA Plus teams up with the ATO